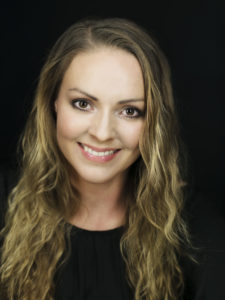 Frida Engström recieved her bachelor’s degree in Opera from the Academy of Music and Drama at the Gothenburg University in 2011, but already during her studies she had sung Susanna in “Le Nozze di Figaro” at “Folkoperan” in Stockholm.

Frida’s first engagements after graduating were Papagena in “Die Zauberflöte” at the Malmö Opera, 1st lady and 1st boy in the same opera at Folkoperan, and Adèle in “Die Fledermaus” at Växjö Concert Hall. Further, she did several roles in “The Cunning Little Vixen” at Läckö Castle Opera, starred as “Bäsle” and Sophie in the Nordic chamber opera’s new piece “Eternally your Mozart” at Confidencen in Stockholm and also performed as guest soloist in concerts e.g. at the Danish Radio Concert Hall in Copenhagen, Malmö Opera and Malmö Live.

2014/2015 Frida did Rosina in “Il Barbiere di Sevilla”, The Countess in “Le Nozze di Figaro” and the 1st prisoner in “Fidelio” in Wermland Opera’s acclaimed “Trilogy” directed by Tobias Kratzer.

Among recent and upcoming engagements to be mentioned are Eliza in “My Fair Lady” with Malmö Opera, Sara Widbäck in “Det Går An” at Läckö Castle Opera, Pamina in “Die Zauberflöte” at Gothenburg Opera, Daisi Doody in “Aniara” at Malmö Opera, Susanna in “Le Nozze di Figaro” at Läckö Castle Opera as well as Christine in Phantom of the Opera, Michaela in Carmen and Despina in Così, all at Gothenburg Opera.