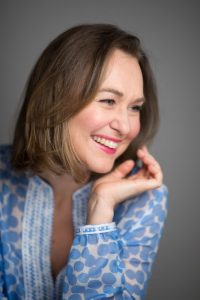 Finnish-Swedish mezzo soprano Jenny Carlstedt has earned worldwide acclaim for the”luminous purity and musicality of her singing” (Chicago tribune) and “great musical and dramatic intelligence” (Opera Today). After studies at the Sibelius Academy and the Guildhall School of Music and Drama in London  she joined the ensemble at Oper Frankfurt where she remained until 2017.

Jenny made her highly acclaimed U.S debut in 2015 as Mélisande in Debussy’s Pelléas et Mélisande with Chicago Symphony Orchestra under Esa-Pekka Salonen. Furthermore she sang Idamante at the opening concert of Stuttgart International Festival with Bach-Collegium Stuttgart in autumn 2015. Her most recent CD release with Zemlinsky songs (Ondine 2016) with Lapin Chamber Orchestra under John Storgårds was very well received by the international critics.