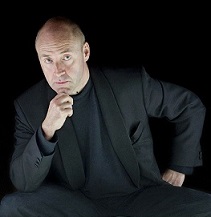 Lars Cleveman studied at the University College of Opera in Stockholm and has established himself as one of Sweden’s most sought after tenors.

At Wermland Opera, Sweden his roles include Andrea Chénier, Tristan and Gösta Berling in Riccardo Zandonai’s I Cavaliere di Ekebú. At Folkoperan, Stockholm, he has performed Samson in Samson and Delilah, Calaf in Turandot and the title role in Don Carlos which also toured to BAM in New York.

In 1998-2009 Lars Cleveman was a member of the ensemble at the Royal Opera in Stockholm where his roles include Des Grieux in Manon Lescaut, Grigorij in Boris Godunov, the title roles in Otello, Parsifal, Don Carlos, Les Contes d’Hoffman, Werther, Don José, Pinkerton, the Duke of Mantua, Froh in Das Rheingold, Erik in Der Fliegende Holländer, Siegfried in Siegfried and Götterdämmerung, Tristan, Manrico and Samson in Samson and Delilah, Andrea Chenier and Stiffelio.

Lars has been a frequent guest at the Royal Danish Opera in Copenhagen in roles such as Gustavo in Un ballo in maschera, Des Grieux in Manon Lescaut, Manrico in Il Trovatore and Cavaradossi in Tosca. He has appeared as Siegmund in Die Walküre at Staatsoper Stuttgart and the title roles in Otello and Parsifal at the Kiel Opera. He has also made concert performances of Tristan und Isolde in Copenhagen, and Siegmund in Die Walküre at the Concertgebouw in Amsterdam with conductor Lothar Zagrosek.

In April 2009 he jumped in as Siegfried at Opernhaus Zürich in Robert Wilson´s production of Siegfried, and in May 2009 he performed Siegfried in Götterdämmerung with Sir Mark Elder in Hallé Manchester. The recording of Götterdämmerung in Hallé was awarded as best opera in Gramophone.
In 2009 Lars Cleveman also made his debut at The Royal Opera House at Covent Garden when jumping in for two performances of Tristan.
Lars Cleveman’s concert repertoire includes Verdi’s Requiem, Das Lied von der Erde and Beethoven’s Symphony no 9 which he has recorded for Naxos. For Naxos he has also recorded a solo CD of arias and the title role in Don Carlos.