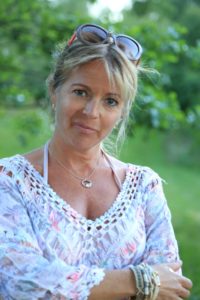 Mira Bartov began her musical education at The Nordic Conservatory of Music, studying singing, acting and piano. She was then trained as an actress at Drama Centre London between 1992-1996. After studying philosophy, literature and history of ideas at The University of Stockholm she was educated as an opera director at The Academy of Opera in Stockholm, graduating in 2005.

2007-2011 she held the position as Artistic Director at Folkoperan in Stockholm where she staged Rigoletto, Faust, The Marriage of Figaro and The Pearlfishers.

Among other productions to be mentioned are Chess and Prosperos Garden at GöteborgsOperan, Alice in wonderland and Die Entführung aus dem Serail at Le Grand Théâtre de Genève, Don Giovanni at Malmö Opera and Copenhagen Opera Festival, The Magic Flute at Norrlandsoperan, Madama Butterfly at Oscarsborgoperaen in Norway, The Greek passion” by Martinu at Wermlandsoperan and “Under en kvinnas hjärta” by Sven David Sandström at Piteå kammaropera.

In 2008 she became a Professor of Performance in musical drama at The Academy of Music and Drama in Gothenburg and 2015-2017 she was Dean at the Academy of Opera in Oslo, Norway.