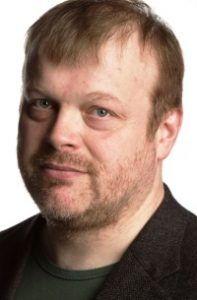 The Faroese Bass Rúni Brattaberg first graduated as a documentary photographer in Copenhagen, before he trained to become a singer. He studied at the Sibelius Academy in Helsinki from 1997-99 and at the International Opera Studio in Zürich from 1999-2000.

After his first engagements in Mainz, Ulm, Detmold and Bern, he was engaged from 2009-2011 at the National Theatre Mannheim, where he sang Gurnemanz, Hagen, Hunding, Fafner, Veit Pogner, König Heinrich, Basilio, Timur, Sparafucile, Sarastro, Baron Ochs and Osmin.

Rúni sang as a guest at the National Opera Amsterdam, Lausanne, Theater Bonn, Aalto Theater Essen and at Opera Bastille in Paris.

Since 2008/09 Rúni Brattaberg is hired as cover for the bass parts Hagen und Baron Ochs at the Metropolitan Opera New York. In Mai 2011, Rúni Brattaberg replaced an indisposed Kurt Rydl as Baron Ochs in Amsterdam, under the baton of Sir Simon Rattle.

This season he is making his debut at the Opera La Monnaie, the Cincinnati Opera and the Metropolitan Opera, where he will be starring as “Titurel” at the Parsifal HD Live transmission worldwide.