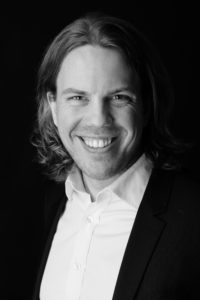 Norwegian bass-baritone Martin Hatlo studied at Barratt Due Institute of Music in Oslo, at the Royal Danish Academy of Music, and at the Opera Academy at the Royal Danish Theatre where he graduated in 2016. During his time at the Opera Academy he worked on roles like Mozart’s FIGARO and LEPORELLO, GOLAUD in Pelleas and Mélisande and TIERBÄNDIGER in Lulu.

In addition to this, he received second prize in the Copenhagen International Lied Duo Competition with pianist Kristoffer Hyldig, who he frequently works with in the lieder genre.

In 17/18 Martin will be working at the Norwegian Opera as a member of the ensemble.