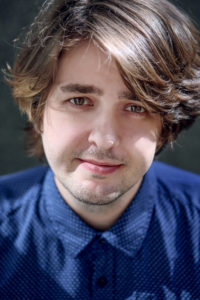 Swedish tenor Per Lindström graduated from the Opera Bachelor Program at the Academy of Music and Drama in Gothenburg in June 2018, where he studied roles like Don Ottavio, Tamino, Hoffman and Eisenstein.

In summer 2018 Per had great success at Läckö Castle Opera as Aubry in Der Vampyr by H. Marschner.

The season 2018/19 started off with Alfredo in La Traviata at Norrlandsoperan to great critical acclaim and will be followed by Jonah in Humanoid at Konzert Theater Bern during spring.

Per is also frequently engaged for concerts in works such as Bach, Beethoven, Britten and Händel.