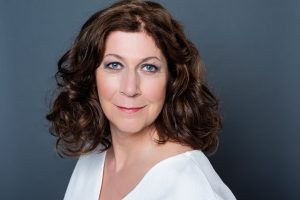 Swedish mezzo-soprano Karin Lovelius has become well known for her intense interpretations of roles in the dramatic mezzo-soprano repertoire.

Outside Leipzig, Ms. Lovelius’ engagements include The Duchess POWDER HER FACE at the Musica Nova Festival in Helsinki, Marthe FAUST  and Marcellina in LE NOZZE DI FIGARO at Il Teatro Comunale di Bolzano, Schwertleite and Fricka in DER RING DES NIBELUNGEN at Theater Chemnitz, Lucia in LA GAZZA LADRA at Läckö Slottsopera and Frugola in IL TABARRO at Opera på Skäret. Karin has also sung Mother in THE CONSUL at Folkoperan, Stockholm.

On the concert platform Ms. Lovelius has worked with orchestras such as The Gewandhaus Orchestra, Malmö Symphony Orchestra and Bayerische Rundfunk Orchestra and has recorded art song for broadcasting companies such as The Swedish Radio and Bayerische Rundfunk with whom she premiered works by Gerd Kühr and Reine Jönsson. In 2020 she will sing the premiere of Andrew Ford’s piece Nature at Riddarhuset, Stockholm and at Is Arti festival in Lithuania.

Karin Lovelius received her training at the Sibelius Academy where she graduated with a master in opera in 2001. She has been awarded several grants from The Swedish arts council and won second prize in Center for Contemporary Opera’s yearly competition.

In 2020 Karin will sing Erda in both Das Rheingold and Siegfried at Oper Leipzig.