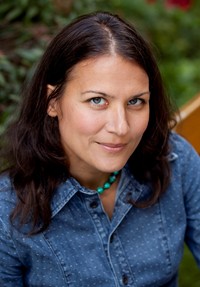 Linda recently directed Joel Engströms new opera, Mayday, at Folkoperan – and is now preparing for Rossinis Le Comte Ory at Malmö Opera and Le Nozze di Figaro at NorrlandsOperan 2014-15. She is currenly writing a new play including music and magic, ordered by Norrbottensteatern for 2015.

Linda Mallik made her debut as stage director in 2011 at Folkoperan in Stockholm with an adaptation of Gounods opera Faust. Before she worked as a pianist and conductor, educated at The Royal College of Music in Stockholm and The S:t Petersburg Conservatory.

Linda Mallik studied opera direction at the Opera College of Stockholm and graduated with a masters degree in 2011.
2012-2013 Linda directed The Cunning Little Vixen by Janacek at Läckö Summeropera, the worldpremieres of two new musicdramatic works, a collaboration samarbete between the artistic colleges in Stockholm, Jonas Dominiques opera Aurora in Berwaldhallen and made her debut as theatre director at Teater Halland with a play about the western legend Calamity Jane.